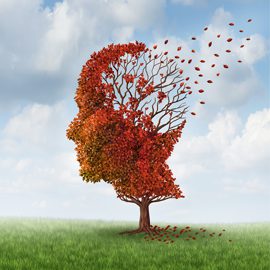 It’s no secret that obesity can lead to severe health problems. The physical effects of obesity have been well documented to include diabetes, heart disease, respiratory problems, and increased risk for stroke. But now researchers say that obesity may also affect your mental health.

UCLA professor Paul Thompson and University of Pittsburgh School of Medicine medical student Cyrus A. Raji compared the brains of obese, overweight, and normal-weight people to see if they had differences in brain structure. Thompson says that the team was able to establish a link between being overweight and having “severe brain degeneration.”

Researchers looked at the brain scans of 94 people in their 70s who were still healthy and not considered to be cognitively impaired five years after the scans were taken. The scans were then converted into three-dimensional images.

The subjects of the study were divided into weight categories based on their reported BMI, with a BMI of greater than 30 being considered obese, 25 to 30 being overweight, and 18 to 25 being considered normal-weight.

Researchers found that obese people had 8 percent less brain tissue than people who were of normal weight.

Researchers concluded that maintaining a healthy weight could help maintain brain health and reduce the risk of Alzheimer’s as you age.